It appears that the gulf blockade has an increasingly worse effect on Qatar Airways as the airline just reported a US$639 million loss for the financial year 2018/2019 despite increased revenues. 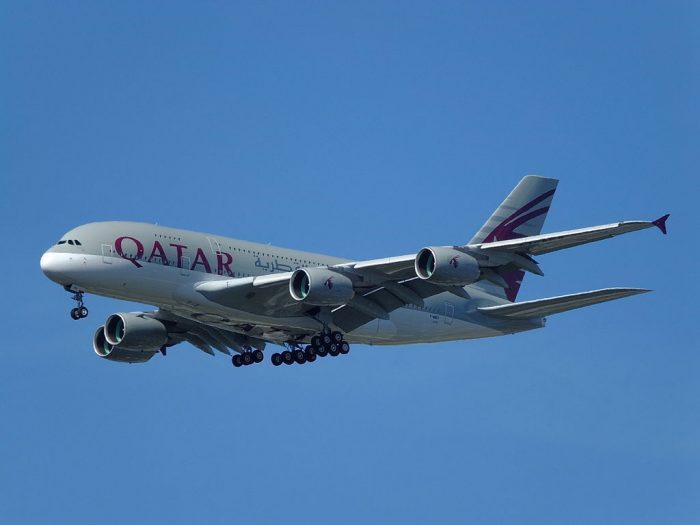 The loss represents a 10-fold increase compared to the previous year which isn’t a good sign at all if the situation can’t be resolved.

Qatar Airways hasn’t been able to turn a profit for a long time and while that isn’t a problem as long as they can secure funding through the Qatari government they can just keep flying but as there is no end in sight in terms of diplomatic relations with their gulf neighbors the question remains if the strategy burning through money indefinitely is really sustainable.

Qatar Airways published a statement and their financial reports in a press release (see here).

Qatar Airways has today published its annual report for 2018-19, highlighting the airline group’s success and underlying robust financial health in the face of the continued illegal airspace blockade against the State of Qatar.

Qatar Airways Group Chief Executive, His Excellency Mr. Akbar Al Baker, said: “2018-19 was a year of achievement in the face of adversity for Qatar Airways. Despite facing challenges that are unparalleled in the airline industry, I am very proud that we have grown our fleet, expanded our network and seen overall revenue increase to QAR 48 billion (USD 13.2 billion), a rise of 14%. Passenger numbers are up, capacity as measured by available seat kilometres has risen and our Cargo business is now the largest in the world.

“2018-19 was nonetheless a challenging year and while it is disappointing that Group has registered a net loss of QAR 2.3 billion (USD 639 million) – attributable to the loss of mature routes, higher fuel costs and foreign exchange fluctuations – the underlying fundamentals of our business remain extremely robust.

“Our success is due to an unwavering belief in our strategy to give our passengers the very best, backed by the perseverance and hard work of our staff. I look forward to 2019-2020 with optimism and confidence that our growth will continue and we will serve even more countries around the world.”

The airline launched 11 new destinations during the fiscal year 2019 and has now added a total of 31 (as at 1 September 2019) since the start of the illegal blockade, growing its network to over 160 gateways around the world.

The airline’s fleet grew by 25 aircraft to a point where it welcomed its 250th aircraft in March 2019. With more than 300 aircraft worth more than USD 85 billion on order (including options and Letters of Intent) the group has the capacity to continue its ambitious but sustainable network expansion strategy.

During the financial year, the Group further built its investment portfolio by acquiring five percent of the total issued share capital of China Southern Airlines. This shareholding sits alongside its existing holdings in airlines such as Air Italy, Cathay Pacific, IAG, JetSuite and LATAM.

Overall, QR Group invested QAR 16.1 billion (USD 4.4 billion) in acquisition of aircraft and other assets as well as acquisition of shares of international airlines during the year.

This statement of Mr. Al Baker seems like someone got into a capsule and went straight to the twilight zone.Either that of the definition of “success and achievement” is somewhat abnormal in the ivory towers of Qatar. If you lose more than half a billion dollar you’re not successful in the final analysis.

It’s also extremely worrisome in terms of strategy. Yes Qatar Airways has done amazing things with their products. Their Q Suite is fantastic, the best Business Class in the skies as far as I’m concerned. The Al Safwa First Class Lounge is an architectural masterpiece. But Qatar is giving the shop away for the sake of flying people around, essentially subsidizing every single ticket.

Here is the entire financial statement as provided by Qatar Airways:

One thing is for sure: The numbers aren’t pretty. What did Qatar Airways do in order to lose that much money?

They did in fact grow as described in the statement:

So the growth is there but that appears to come at a massive cost. It’s like extending your mansion with money from the family while providing free meals to everybody.

The gulf blockade has cut off important revenue sources for Qatar. They no longer fly to the UAE so Dubai and Abu Dhabi routes are off the table among other destinations in the region. I often used the low premium fares ex Cairo but haven’t been back since QR stopped their flights.

Can Qatar continue spending national treasure on the airline for the sake of running a premium airline? Who knows, maybe they deem it worthwhile at least until after the Fifa World Cup. It will be interesting to see if Qatar Airways will be making substantial changes after that event.

WOW Air Assets Were Bought For Only ~400K USD

Alaska Airlines Fixed the Glitch! Get 25% off Flights to Seattle-Everett